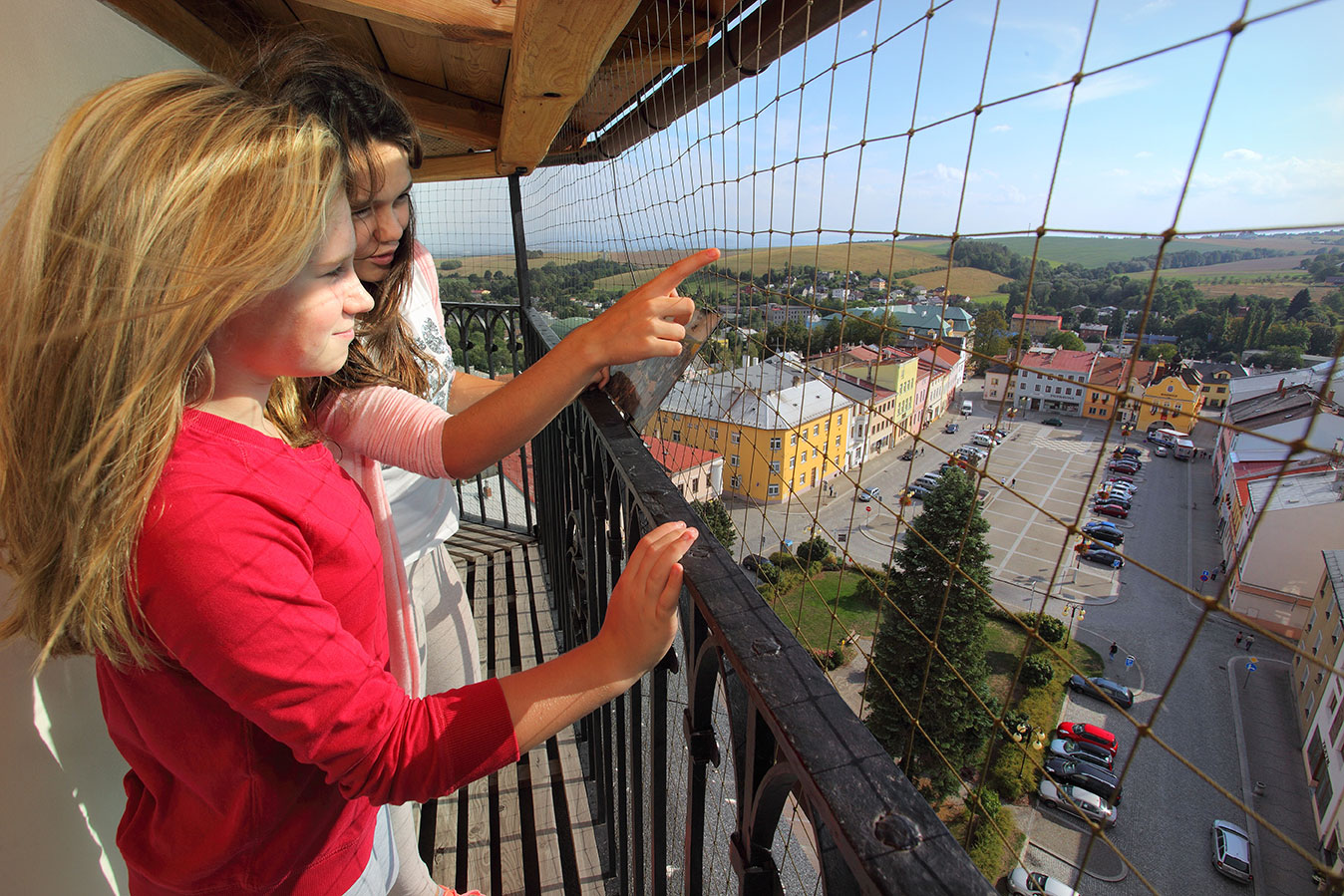 Efforts to attract visitors to Bílovec and open this area to enthusiasts of the Moravské Kravařsko region past and present are evidenced by the newly-opened observation deck from the tower of the town's Saint Nicholas Church. According to historians, a church for the faithful has on the site of today's stone church since as early as the 14th century.

The church did not take on its current appearance until after the Thirty Years’ War, and the tower that now allows visitors to enjoy views of the surrounding countryside was originally built to protect Bílovec against army attacks. It was actually built roughly ten metres taller than originally planned, so that the views of the surrounding area were sufficient for their needs. Today, the lookout is used solely for tourists, and was opened to the public in 2013. Also, the repairs to the structure even led to the discovery of historical documents in the tower’s dome.

Another interesting fact is that the church’s tower has been struck several times by lightning, which is why it was fitted with a lightning rod in 1925 by the tinsmith Oskar Friedel. Friedel was so happy about his completed work that he celebrated by doing a handstand, unsecured, right on the very highest point of the church, 50 metres above the ground. Even the 100-crown fine he was forced to pay for this risky manoeuvre probably did nothing to dampen the elation he felt in this job well done.

Today, people can not only admire the church bells, but will also learn things such as the fact that the tower clock has been taken away for repair, and will soon continue to show the time for all of the Bílovec area that can see it. The reward for struggling up the tower’s 143 stairs is an observation deck 31 metres off the ground, offering views of the Moravian-Silesian Beskydy Mountains and towards Ostrava. A tour guide and rental binoculars are also available.