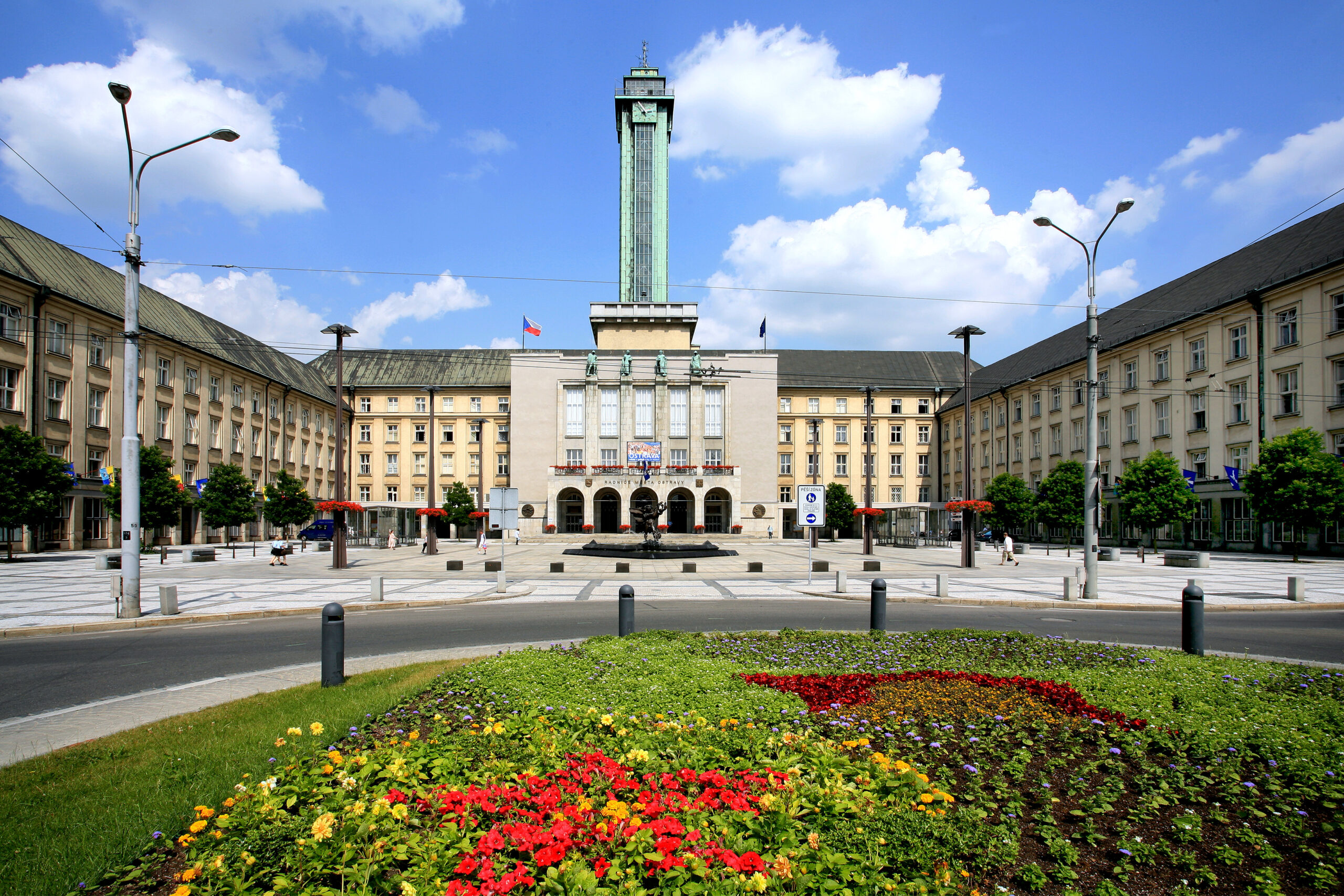 When Mayor of Ostrava Jan Prokeš decided, in the 1920,s to build a new, sumptuous city hall, he faced criticism for how megalomaniac the structure he was building seemed. Today, the New City Hall is the symbol of Ostrava. Its tower remains, to this day, the tallest city hall lookout in the country. It draws thousands of visitors who, from a height of over seventy metres above ground, can admire not only the city, but also panoramas of the Beskydy and Jeseníky Mountains.

Ostrava was explosively expanding and the city found itself in need of a new city hall. Towns that had until then been independent were now being added to the nascent city of Ostrava. The new city hall was to stand as proof that Ostrava had become a metropolis. A location near the shores of the Ostravice River was chosen for its construction. The task was to create a new administrative centre for Ostrava with a city hall that could offer the area the glamour and elegance of the ‘First Republic’, while also being a symbol of a modern city.

Builders were met with unstable subsoil due to the thick layer of gravel and sand in the areas surrounding the Ostravice River. For this reason, there is a three-metre, reinforced concrete slab beneath the city hall tower that supports the 85-metre tall structure. The express lift, which reaches a height of over fifty metres above ground, was the fastest in Czechoslovakia at the time. The tower’s clock has a diameter of three and a half metres and its hands are as tall as an average-sized man.

Some impressive features include the entrance hall and the city hall corridors with marble wall tiles and enormous chandeliers. During various occasions, visitors can tour the mayor’s study, which has preserved its ‘First Republic’ décor and has fine wood panelling. The city hall tower regularly hosts fire-fighter races in which participants run up the stairs in full gear. The entrance hall is also utilised for exhibits.

In front of the city hall, visitors can admire the fountain with a statue of Icarus, which symbolises the fact that Ostrava has both risen and fallen. The city hall is surrounded by the favourite Komenského sady gardens.