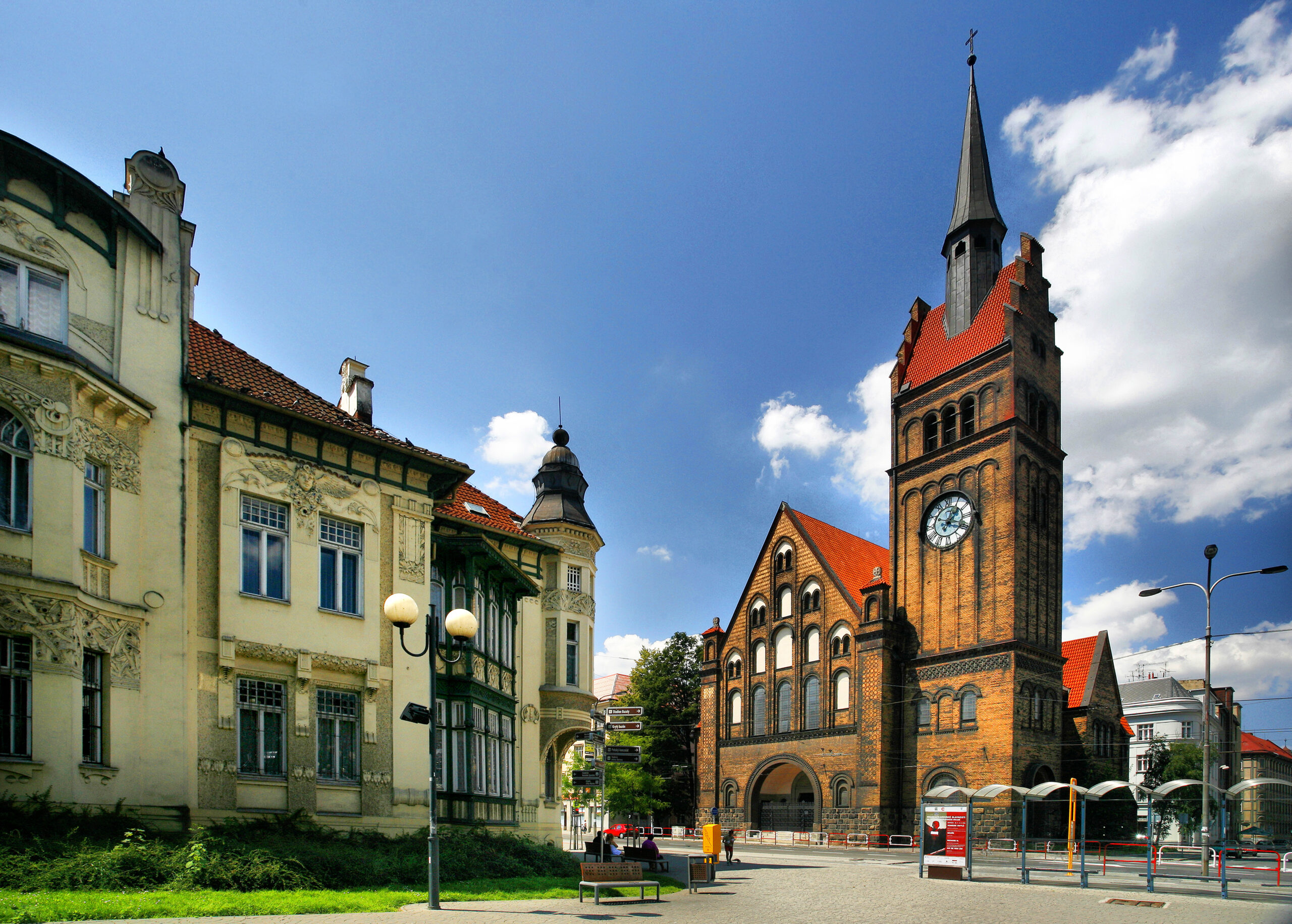 Home Experiences The Evangelical Church of Christ in Ostrava

The Evangelical Church of Christ in Ostrava

It may seem hard to believe that work as monumental as the Evangelical Church of Christ, located in the heart of Ostrava, was built in the early twentieth century in only two short years. This was accomplished despite the fact that after excavation for the foundations had begun, the builders realised that the earth was so muddy that, contrary to the original plans, the structure needed to be reinforced by 900 wooden columns.

Today, the church, nicknamed ‘červený’ (‘red’) by the residents of Ostrava, is one of the dominant features of the city centre, featuring Husův Park. In addition,  thanks to the original porcelain clock and its precise timing, people waiting at the nearby public-transportation stop do not need to check their own watches. Observant passers-by will also notice the four on the clock is not marked with the Roman numeral IV, but rather as IIII.

Today, this Dutch Renaissance building houses the congregation of Evangelical Church of Czech Brethren. A marble altar with a large oak cross is erected inside the church. Three bells were cast from steel in the mining-steel district of Porúří. The largest is named Spasitel (Saviour), and weighs one and a half tonnes. The church has excellent acoustics due to its wooden-coffered ceiling. For this reason, the church frequently hosts concerts, such as those during the time of the Festival v ulicích, which is an opener of sorts for the huge cultural event, Colours of Ostrava.