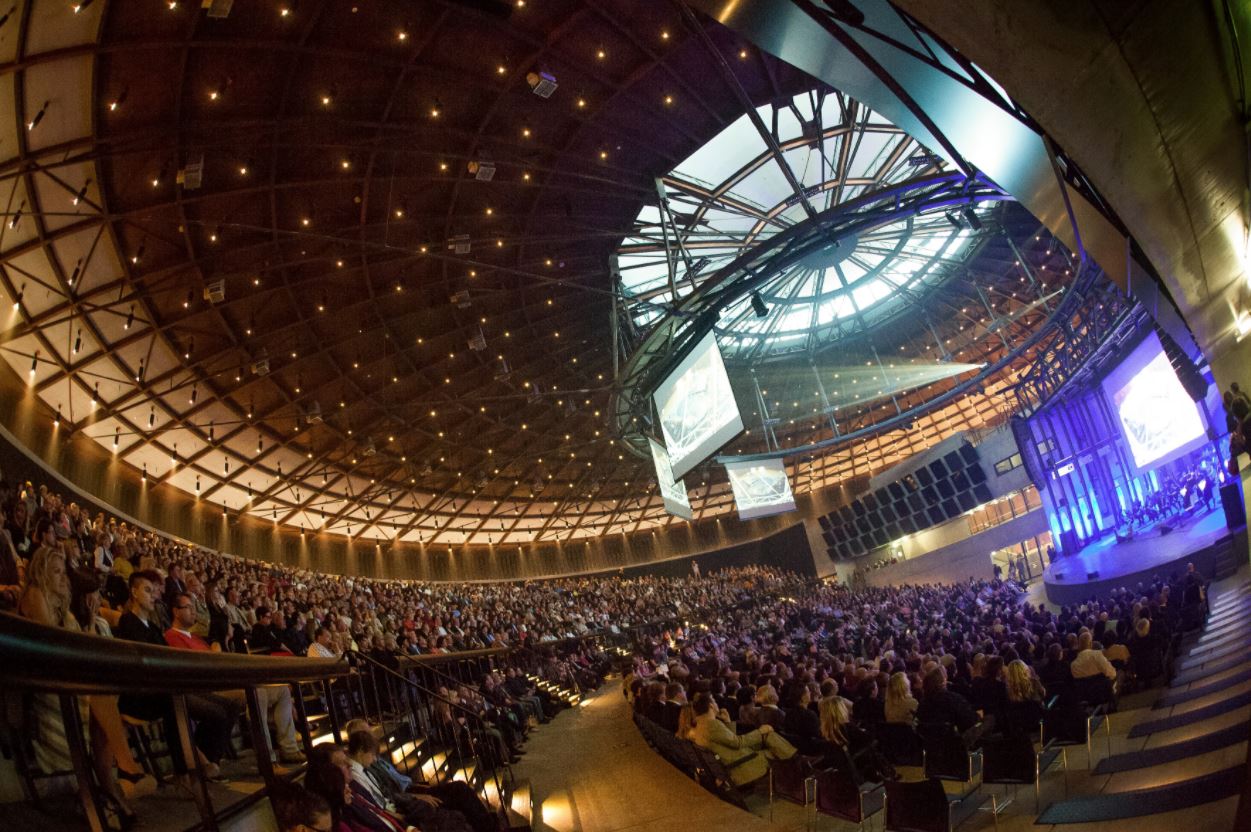 Experience culture in a former gasometer

The Gong Hall, in Dolní Vítkovice, is a perfect example of how an old industrial complex can be transformed into a modern cultural installation. Standing in the hall today, no one would guess that they were inside a colossal gas reservoir tank. At the same time, nothing on the exterior suggests that this industrial structure is concealed in the modern halls, exhibition spaces and restaurants.The gasometer is an enormous cylinder, which, due to its sliding ceiling, could increase its volume according to how much gas the blast furnace operations needed at any given time. It is even said that as the ironworks’ owners neared Ostrava, they could tell from afar whether the iron production was running at full capacity or not, according to the size of the gasometer. During the liberation of Ostrava at the end of the Second World War, a bomb was dropped onto the gasometer. If it had been full of gas during the explosion, a crater would have replaced a large part of the city. The bomb passed through the gasometer and got stuck in the sediment on the bottom, where it lay, unexploded, until 1970!

The immense structure gained new life with the end of iron production when Dolní Vítkovice gradually became an attraction for tourists visiting Ostrava. The former space was transformed into a multifunctional hall with a capacity of up to 1,500 people. However, it still retains much of its former appearance. For instance, upon entering, sheet metal plates are joined by giant rivets. The hall hosts concerts, dances and similar events. It has won award after award, and at the trade fair in Munich, the Gong ranked among the TOP 10 buildings in the world.

The entire district of Dolní Vítkovice is transforming into a cultural institution, and, in addition to other functions, it is also host to the Colours of Ostrava Music Festival.