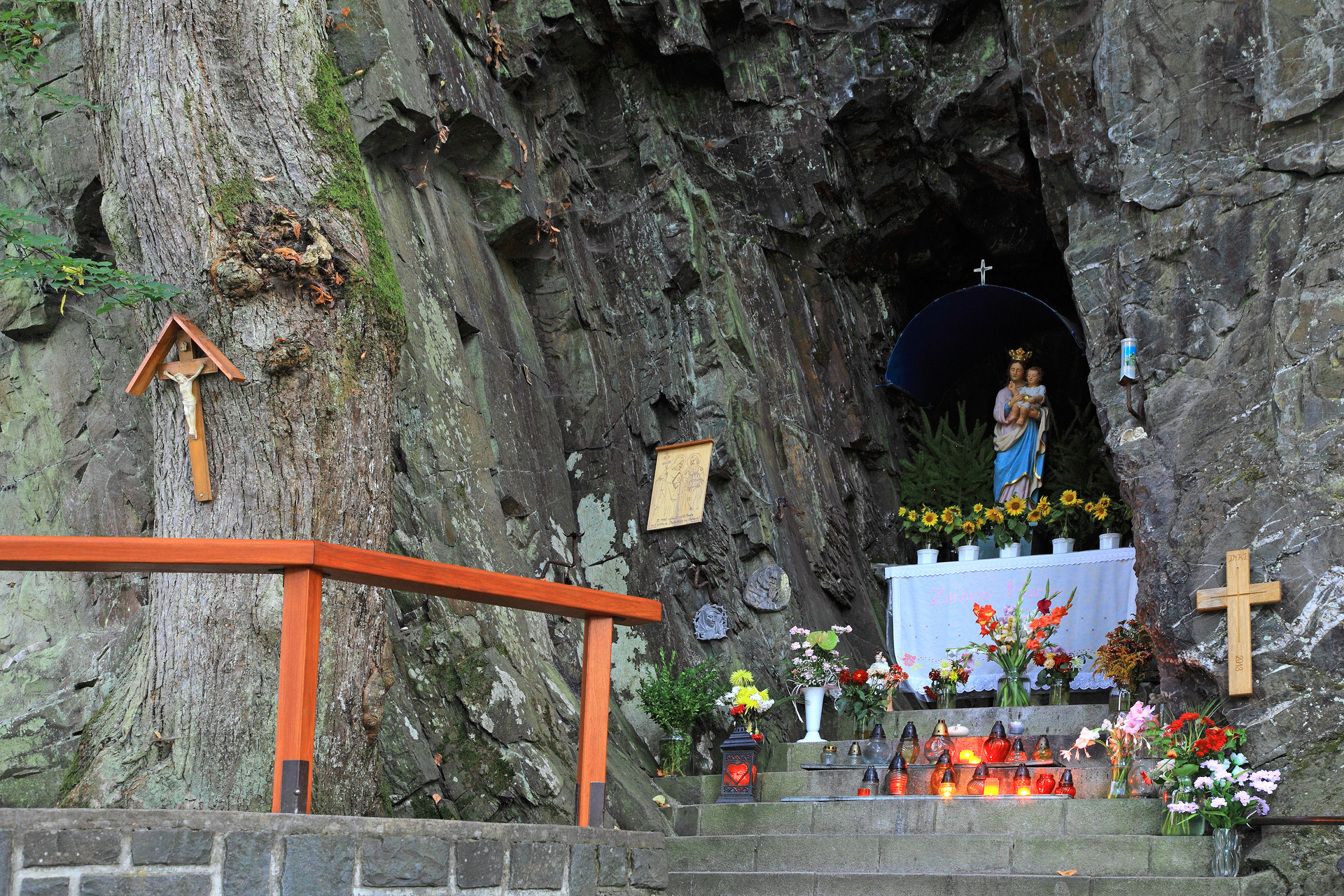 At the end of the Thirty Years' War when a soldier wounded in battle hid in what was then a remote spot, his salvation came in the form the local spring and prayers to the Virgin Mary.

The soldier survived and his recovery was considered to be a miracle and an act by the Virgin Mary herself.

All that was needed then was for a miller from the nearby Spálov mill to hang an image of the Mother of God here, and because the church was so far away, he would come to this spot on Sundays instead. Gradually, other worshippers began to join him, and so the rocky crag became a pilgrimage site. When Spálov residents later built a new church in the 18th century, the picture from the rocks was placed in the church. The image of the Virgin Mary, however, always returned to its original place, even when the church was locked. When this happened a third time, the locals concluded that this was the way it was meant to be, and let the image stay in its place in the rock formation. The picture was later replaced by a small statue.

The secrets surrounding this spot, however, do not end there. For instance, it is said the stone reservoir in which the water from the miraculous spring collects is an original gothic baptismal font from the old Spálov church.

One thing is for certain: today this spot is a popular place for tourists, campers, and worshippers. And it is one of the place of Moravské Kravařsko which emanates a mystical atmosphere.