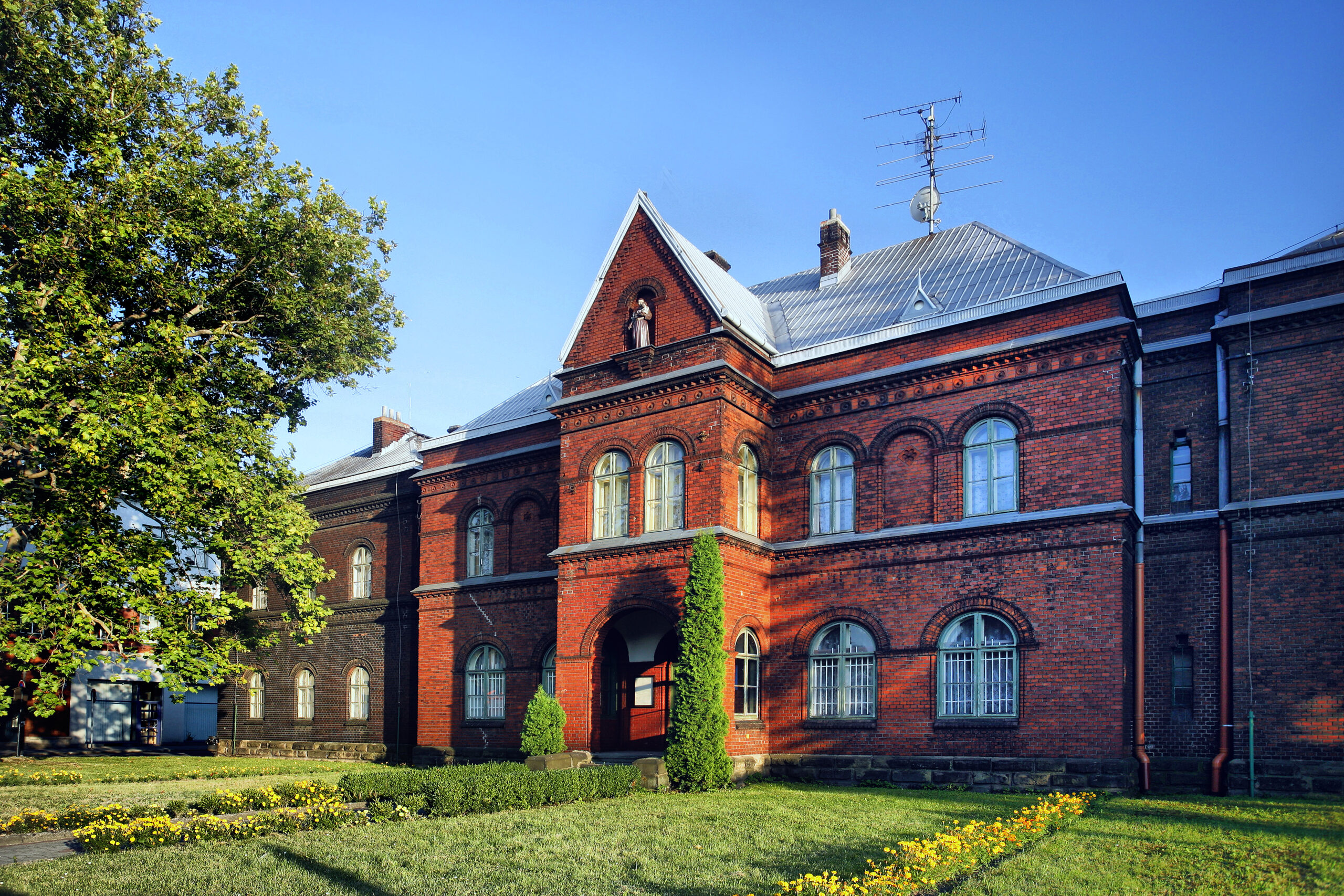 The heart of the Ostrava district of Vítkovice is built entirely of red clay bricks. Visitors to the town can tour a perfectly preserved example of how industrialism influenced people's lives.

The adjacent street created a traffic thoroughfare for iron-mill workers travelling to and from work. It was in the side streets, then, that these workers lived. The former rural houses with gardens, barns, and byres were replaced by apartment houses, also built from red bricks. However, you can also see the former marketplace, school, and original taverns. Vítkovice also featured a surgery, whose complex is now home to a modern hospital.

The greatest construction boom in Vítkovice took place, paradoxically, during the economic crisis in the 19th century. This occurred because the company owners tasked the young, 33-year-old, Paul Kupelwieser to take over the firm. From the chaotic conception of a village next to factory, he was able to gradually create Vítkovice. The factory and residential district eventually achieved a mutual symbiosis. The factory began taking care of its workers, not just in terms of employment. It also provided all of the necessary amenities, education and relaxation.

For this reason, too, Vítkovice was able to become an independent town. Later developments, following the end of the Second World War, upset the balance between the factory and the residential district in favour of the factory when the swollen Vítkovické železárny iron works sunk its teeth in a little too deeply into the industrial town. In recent years, however, efforts have been successful in slowly revitalising the former character of this enchanting part of Ostrava.

Today, Vítkovice is an urban conservation zone and visitors are guided through the area by information panels. Vítkovice can, thus, serve as a gateway to the discovery of the industrial history of Ostrava. From here, it is only a short distance to Dolní oblast Vítkovice, as well as to the heart of Ostrava itself.