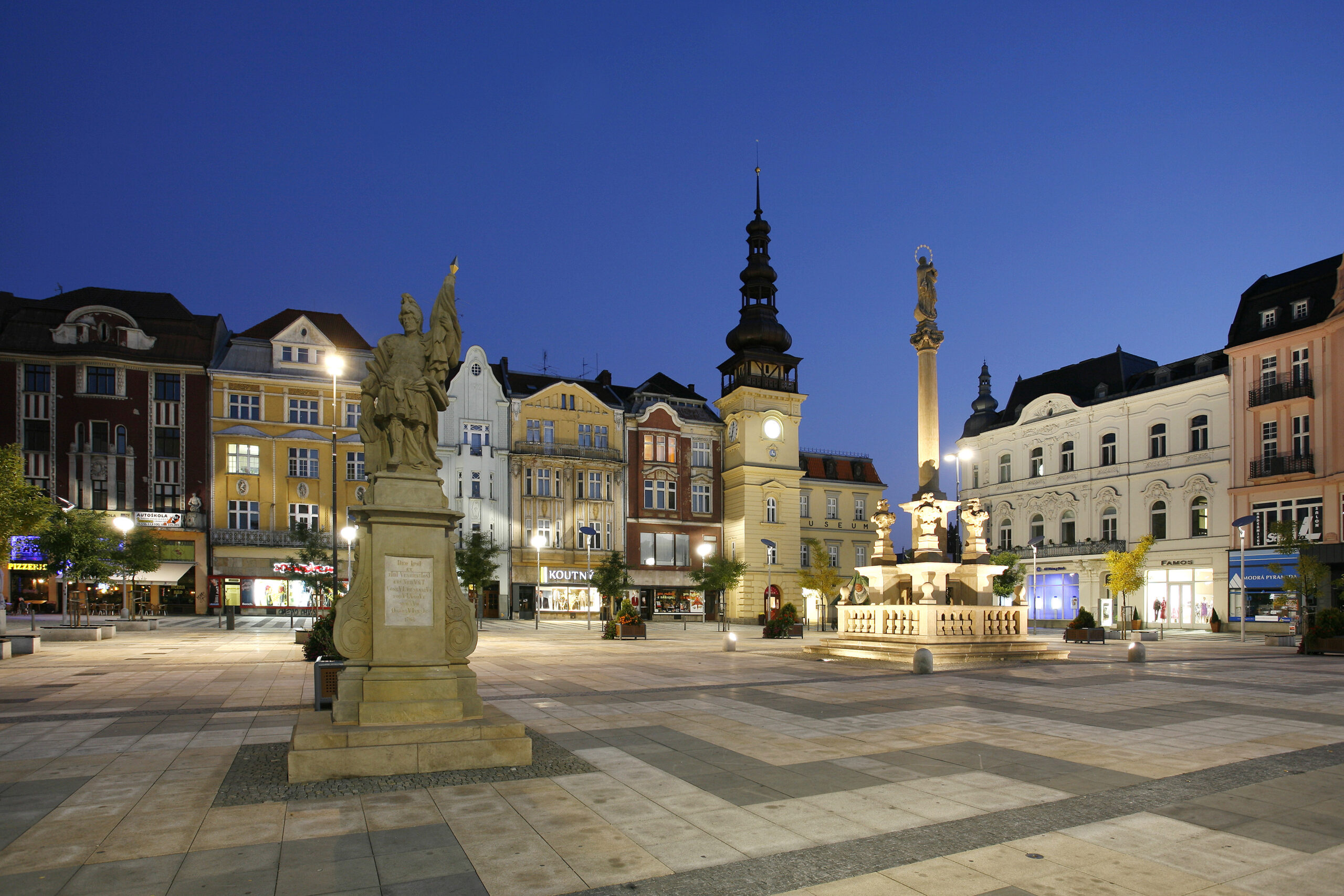 Home Experiences The Statue of Saint Florian on Masaryk Square

The Statue of Saint Florian on Masaryk Square

The statue of Saint Florian stood in Ostrava's central marketplace (today's Masaryk Square) as early as 1763. Florian is the patron saint of fire-fighters and chimneysweeps. Therefore, many cities erected his effigy to protect themselves from blazes. The same is true for Ostrava, which was ravaged by fire numerous times.

After yet another fire, council members were deciding whether to buy a fire pump or to resolve the problem by erecting a statue of Saint Florian. In the end, they reportedly did both. And so, the plague column, protection against a plague outbreak, was joined by a statue of the protector, Florian. Supposedly, the firefighters received a fire pump, as well.

The Baroque piece stood in Ostrava’s city centre until the 1960s, when the plague column and Florian both disappeared. A statue of a man with a rifle slung across his back appeared in place of the patron saint of fire-fighters.  Subsequently, the square was renamed for this gunman, Náměstí Lidových milicí (People’s Militia Square). The People’s Militiaman was removed immediately following the revolution in 1989. After reconstruction of the square, the plague column was returned first and then council members remembered that Saint Florian also stood beside it. They decided to return him to his rightful place, as well. The statue of the saint stood first in Kravaře and later in front of the church in Ostrava-Hrabůvka for several years. Historians confirmed that it was, in fact, the very same statue from the city’s centre, and in 2008, the saint was returned to his former spot.

However, the patron of Ostrava no longer not stands the same way as before. As seen in old photographs, he used to stand facing the old city hall, toward today’s Ostrava Museum. Currently, he faces  the opposite direction, turning his back to the old city hall. Nevertheless, he once again looks toward the place where the city’s administration resides, at the New City Hall. So, in the end, everything is the way it is supposed to be.