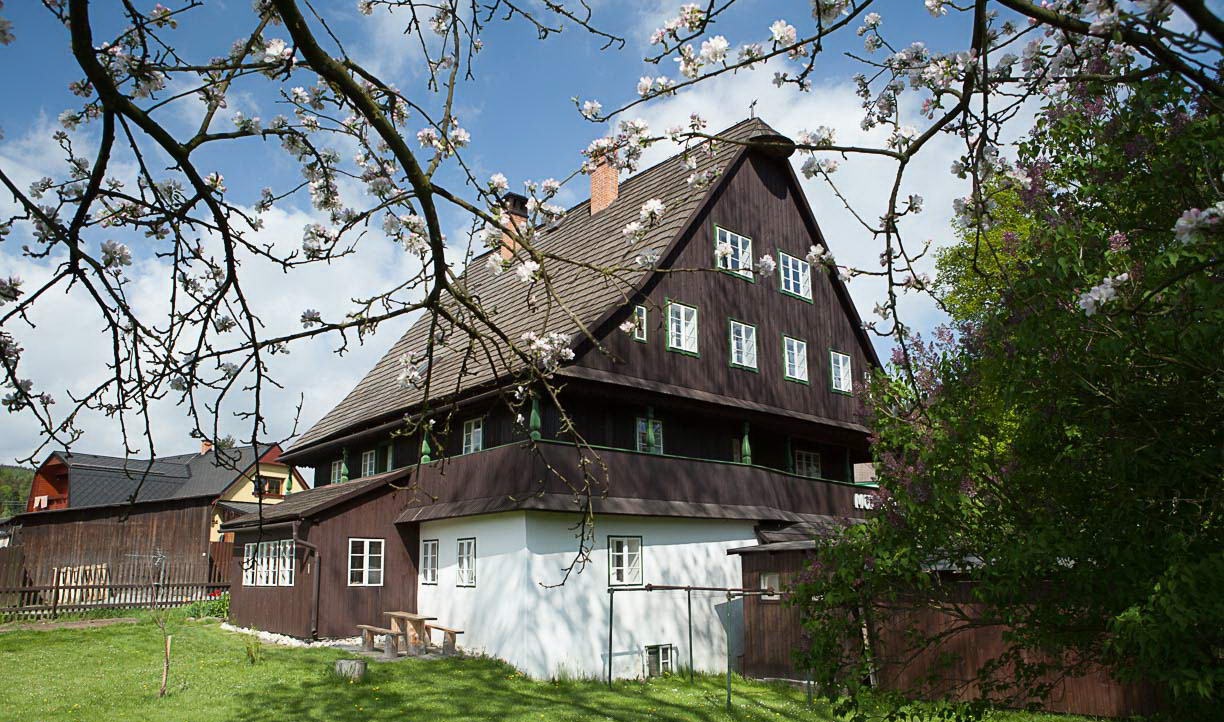 The Historical Scythe Plant in Karlovice

In Karlovice, a historical building that has managed to preserve its beauty and original rural architecture, is the home of the local "scythery", a manufacturer of agricultural and forestry tools. This special place is a national landmark.

The area around Karlovice was home to steel manufacturing since the 16th century, when a finery forge was established, i.e. a water-powered smithy. Production ceased during the Thirty Years’ War, only to be reinstated in the 18th century by Karl of Lichtenstein, fürst of Krnov. The finery forge was operational until the 19th century, before being outcompeted by Ostrava’s steel mills.

After the finery forge has been closed, the area was bought and expanded by the scythe maker Jan Michal Hartel, who made wire and agricultural tools. The place has been called a scythery ever since. At the end of the 19th century, the building was remodeled to be inhabited by three families and the scythery became a pipe manufacture and later a sawmill.

The scythery elucidates the entire history, walking the visitors through the life and labor in a forest. The interior illustrates how the foresters lived and how forests were managed in the past. The exhibit shows large saws that the foresters used for their work. The scythery complex is completed by a stable showing examples of the most commonly used agricultural tools, from threshing machines and mills to scythes and rakes.

Visitors may continue their exploration of local history at the Bruntál chateau, the Sovinec castle or the Rýmařov municipal museum.