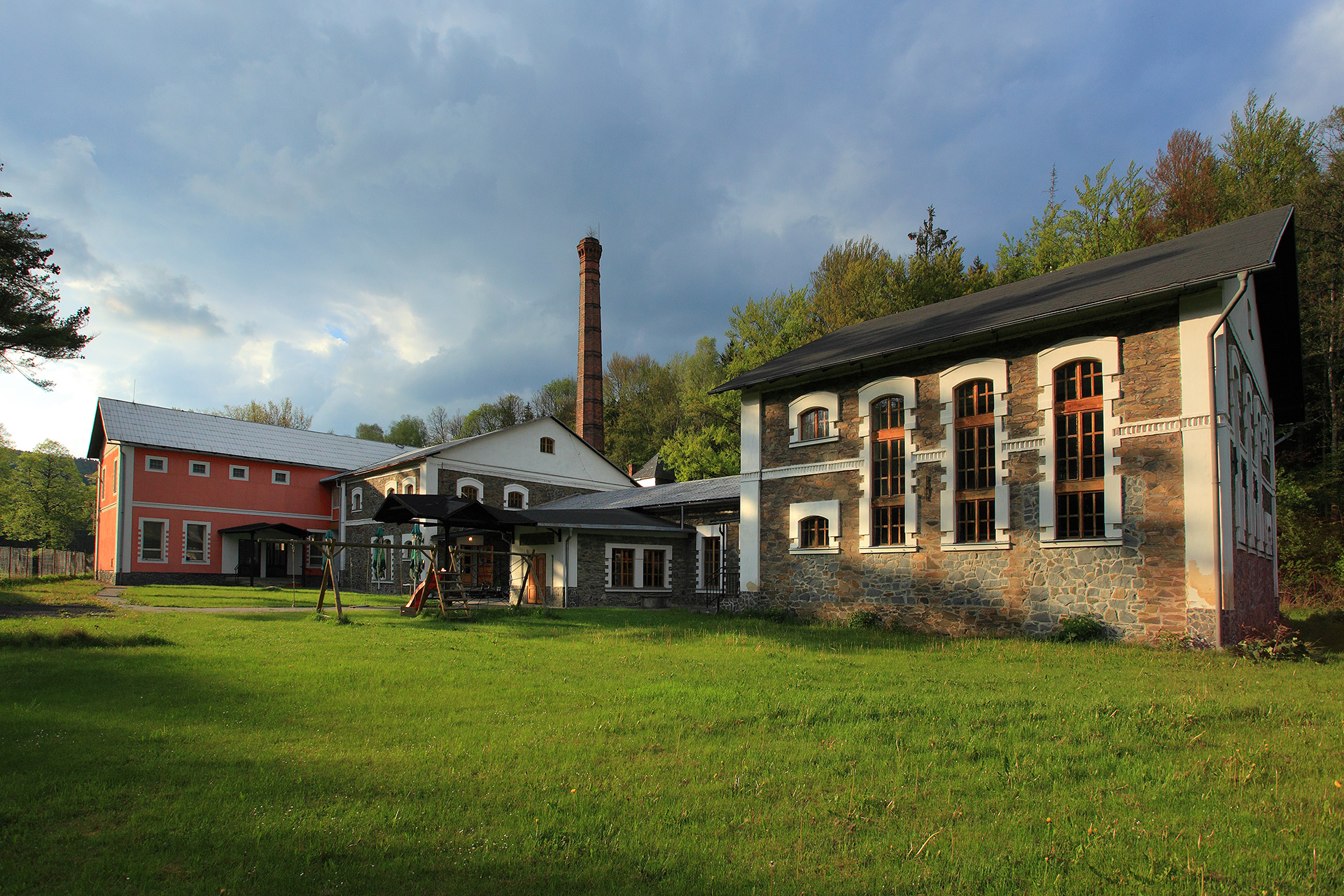 Metallurgy in the Jeseníky Mountains

The natural resources in the Jeseníky Mountains spawned the development of metallurgy and the creation of many settlements. Gold, silver and iron ore had to be processed, which was not possible without understanding how to smelt and how to build smelting works. Men from the Jeseníky Mountains became true experts in this field.

Gold was easy to melt and therefore, people around Rýmařov were able to produce almost 100% pure gold in the 13th century. However, the ironworks is more famous. You can see one of the last original blast furnaces in the village of Drakov. It is a stone tower where iron was produced at the beginning of the 19th century.

Even Karlova Studánka prospered thanks to ore processing. Before its spa was built, there were smelting works in the settlement called Hubertov. This part of the local history is shown in the Chapel of St. Hubert, which is adorned with pictures of metallurgists’ work. Hot slag from the smelting works was actually used to heat up water in the new spa.

You can also learn about metallurgy and iron processing in the scythe plant in Karlovice. Here, blast furnaces had been in operation, beginning in the 16th century until the large, modern ironworks in Ostrava pushed them out of business. Iron was smelted in Vrbno pod Pradědem, Mnichov and other places. A big Wilhelm smelting plant was built in Ludvíkov, and you can still see the distinct brick and stone building by the road. Produced pig iron was then processed in forging shops and ironworks. Local residents were also considered were European leaders in this field.  In Břidličná, they were able to forge such good-quality iron during the Thirty Years’ War that the local ironworks were delivering 500 muskets a week to the imperial army.

There is also a glass melting tradition in the Jeseníky Mountains. The family glassworks in Mnichov near Vrbno pod Pradědem, where you can learn about the history of glass production and also watch how glass cups are made, is a reminder of traditional glass production.